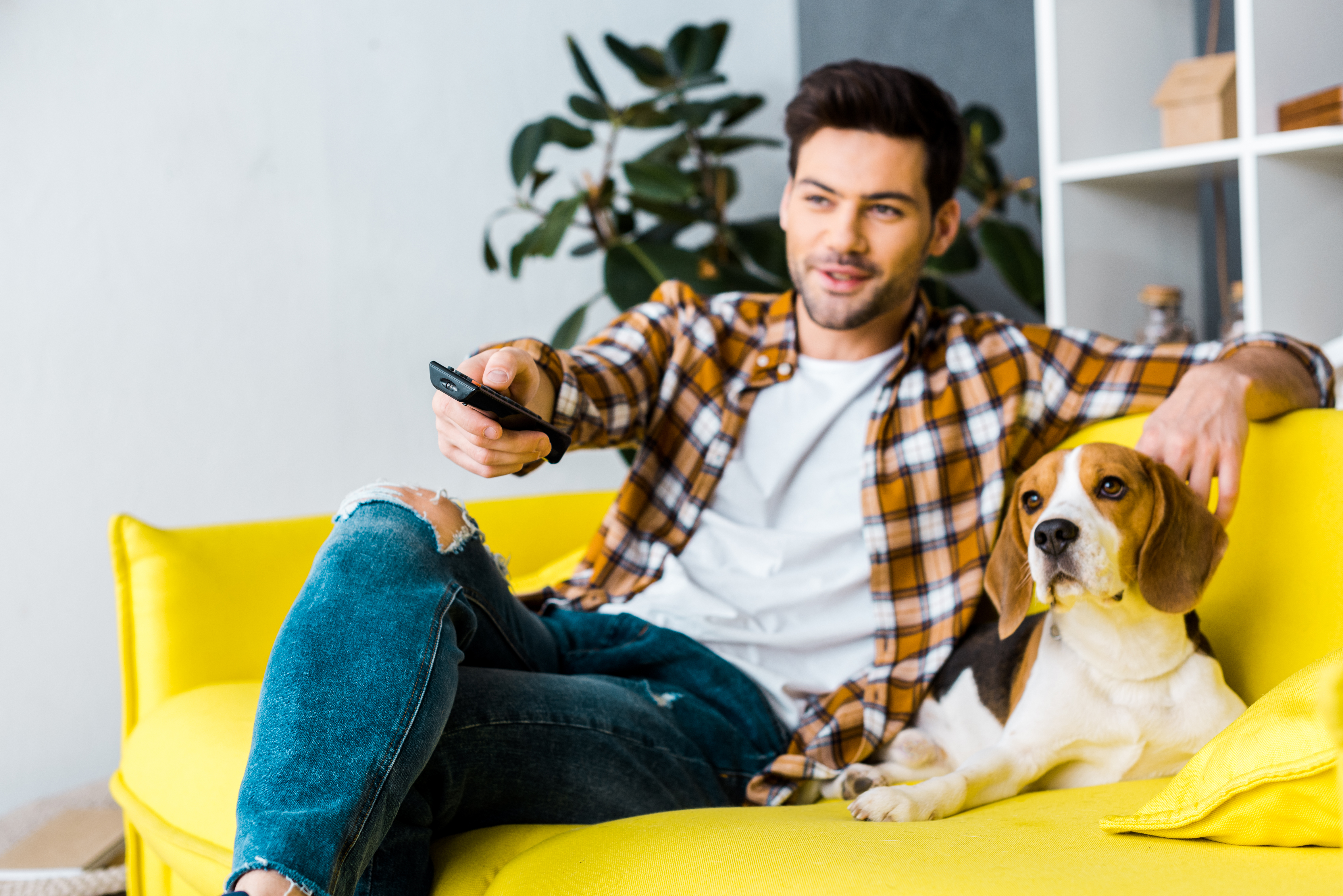 Does this sound familiar? You’re in the middle of a Netflix binge after a long day, when you notice that your dog is watching too—like, really watching. Maybe they're barking at something on screen, or just tilting their head inquisitively. You’re not wrong for thinking that your dog is watching TV, in fact a lot of scientific research agrees. And while they may not be able to follow every twist and turn in an episode of Property Brothers, your dog is actually getting a lot more out of watching TV than you might think.

We’ve all heard about their keen sense of smell, but dogs also have impressive eyesight. According to a study published in Animal Cognition, dogs can actually read human facial expressions just by looking at photos of people. They can also see objects in motion much faster than humans.

Until HDTV became standard, television was broadcast at 29.97 frames per second. This means that a screen displays approximately 30 different images per second, and the human imagination basically fills in the rest. This was much too slow for dogs and they would likely find it difficult to track the motion on TV. Thankfully for our furry pals, HDTV displays 59.94 frames per second. This allows dogs to follow all the action and join in the TV watching fun. HDTV also displays far more colours. Since dogs can’t see all the colours that we can, this helps them better recognize the images on screen.

Parents are often wary of giving their children too much screen time, but should you have the same concerns for your fur baby? The answer is probably "no." In fact, there’s a benefit to letting your pup watch the tube. You’ve probably heard of people leaving the radio or TV on for the dog while they’re away, and for good reason. Finding a show that really clicks with your dog can ease your dog’s anxiety. This can be a great help for dealing with separation issues.

So, what should your dog watch? A dog’s TV taste can be just as mysterious as a human’s preferences. Some dogs seem to enjoy seeing animals on screen, while others find comfort in programming with a lot of human voices. While no two dogs are the same, one company thinks they’ve figured out TV for all dogs. DogTV is a specialty streaming channel, designed specifically for dogs. Their shows, which are filmed in high frame rates and with a distinctly doggy friendly colour palette, and are designed to keep your dog happy and engaged while home alone. They have three types of programs: shows designed to help them relax, shows designed to stimulate  your dog and keep them active, and shows designed to gradually expose them to sounds and visuals like vacuum cleaners or car rides.

Dogs definitely can watch TV, but do they want to? Again, there’s no one size fits all answer. Just like people, how much a dog likes TV totally depends on their personality. A Norwegian Study showed that when several bird dogs were shown high definition videos of birds, some went into hunting mode while others showed no interest at all. While dogs do have great vision and hearing, their sense of smell is always front and center. This makes it hard for a lot of dogs to really focus for a long time on a medium that doesn’t engage their nose.

If your dog just doesn’t get into watching TV, that’s totally okay. There are plenty of other activities to enjoy together, and plenty of other ways to keep her stimulated and engaged while you’re not home. That said, even if your dog is an absolute TV fanatic, the telly is no replacement for bonding time with you. 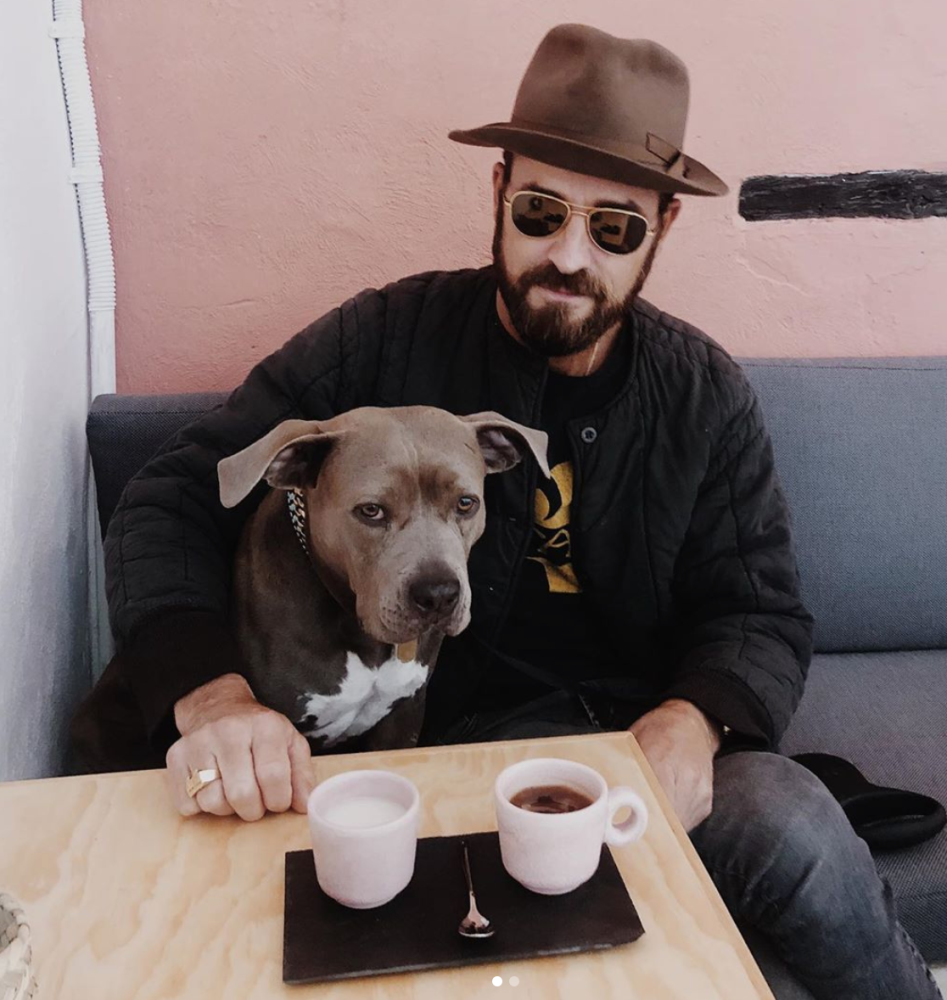 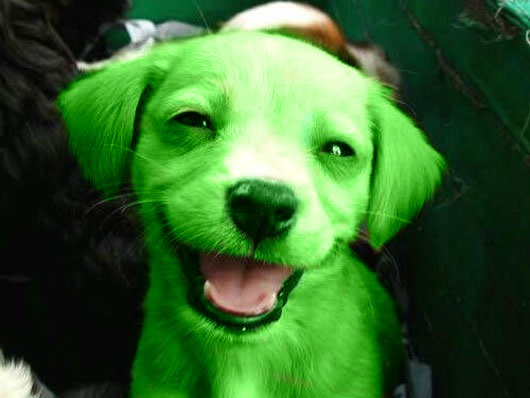 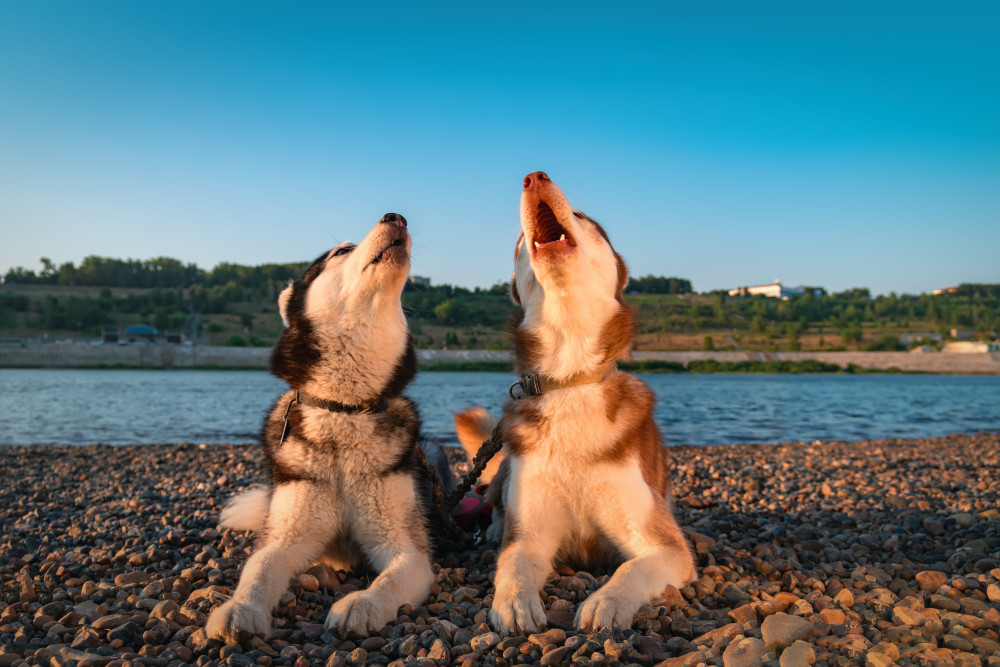 Why do dogs howl?